Presence, Personal Impact and the Art of Gravitas

“The human body is the best picture of the human soul.” – Ludwig Wittgenstein 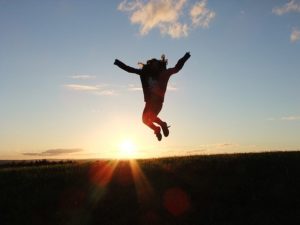 Have you ever heard the phrase, “It’s not what you say, but how you say it?” Well, according to plenty of research, this is very true. Social scientists like Amy Cuddy have studied the effect of a person’s body language on not only those around them but also how your own body language makes you feel about yourself. In fact, people whose body language expresses power (i.e., hands on hips, wide stance) are more likely to have higher testosterone (associated with power and dominance) and lower cortisol (a stress hormone). High testosterone and low cortisol are useful for promoting your self-confidence, and balanced levels of these hormones are associated with feeling proud and powerful. On the other hand, those who feel powerless are often found to have low testosterone and high cortisol. Studies have shown that when a person feels more powerful, they’re more likely to be seen as assertive, confident, optimistic, and they will also think more creatively and take more positive risks – all positive attributes of a leader.

Your presence in a room and overall gravitas are two qualities influenced far more by our body language than was once thought. When applying for jobs, candidates who are associated with these qualities during interviews are evaluated far more positively and are more likely to be hired. This is an unfortunate reality for many when organisations do not have robust systems in place to ensure that hiring decisions are unbiased and based solely on candidates’ merits.

Those around you are strongly influenced by your body language, so while you may be using the right words to motivate and encourage your team  or to try to influence your audience, without the right body language to back it up, you won’t make your desired impact.

Although doubtful about some spurious claims made about body language, (e.g. arms crossed implies defensiveness), there is strong evidence to suggest that we would all do well to observe how our body language can support us or unwittingly betray inner emotions that we would rather keep hidden. Anyone in a high-pressure situation such as presenting at a board meeting or influencing senior audiences might experience jitters. As a leader, it is essential to understand what your body language is communicating and how you can use it to your advantage.

Albert Mehrabian developed a communication model known as the “Mehrabian Principle” or the “7%-38%-55% Rule” that is very useful for understanding how you communicate. The principle dictates that communication consists of 7% words, 38% tone, and 55% gestures, and those on the receiving end of that communication receive the most impact and influence from the dominant form of communication – gestures (AKA: body language).

So, if you want to improve your body language and better communicate your message even when you aren’t feeling particularly powerful – what can you do? As it turns out, plenty! While authenticity is a critical component of building relationships and establishing trust, a “fake it until you make it” policy for body language is an incredibly powerful tool. Your words should be authentic, and the proper body language to support your words makes your message all the more meaningful. Research shows that by merely displaying powerful body language (even when you don’t feel powerful), your mind begins to be changed by your body: No more faking it, now you’ve made it!

Next time you’re communicating with your team or are nervous before a big meeting and you’re tempted to fold in on yourself and make yourself small, try just the opposite. Widen your stance, try placing your hands on your hips, and don’t be afraid to take up space. Take some deep breaths.  Learning to expand versus collapse when you communicate will make your message far more impactful with your team and everyone else you encounter. Your positive feelings as expressed by your words and supported by your body language are likely to be complemented by those around you, creating a stream of positive outcomes.

What body language do you find yourself using when you’re feeling powerful/powerless? Join the conversation!

Nana has worked with me for a range of clients from KPMG to the Techology Strategy Board since 2004. She has always shown a deep understanding of individuals, whether in an assessment or coaching context and whether through the use of formalised tools or by applying less structured methods. She captures that understanding in writing or orally in ways that can readily be understood by the recipient. She is responsive to tight timescales and is always highly collegiate in her approach. She establi… END_OF_DOCUMENT_TOKEN_TO_BE_REPLACED

Nana designed and delivered a robust and engaging leadership programme focussing on the improvement of both individual and team effectiveness for our Senior Leadership Team. She is a very intuitive individual who can be both supportive as well as direct with participants and is not afraid to ask the difficult questions to really drive individuals to understand their own motivations, capabilities and effectiveness. Giving them the responsibility to take control of their interactions within the bu… END_OF_DOCUMENT_TOKEN_TO_BE_REPLACED

Nana is a highly insightful professional, with a clear understanding of drivers, motivators and barriers to individual and team effectiveness and development. Using a combination of well recognised assessment and profile tools, coupled with her own highly tuned observational and interpretation skills she is able to offer a full range of coaching and support to individuals to develop their effectiveness, both from a career and personal perspective. She is incredibly personable and great fun to wo… END_OF_DOCUMENT_TOKEN_TO_BE_REPLACED

Nana possesses highly developed communication skills, and works well with clients from all different walks of life. In particular, she has demonstrated an ability to work effectively with people from all different cultures, adapting her style accordingly. Her technical skills and knowledge are of a high level and she strives to continue developing professionally through training, networking and research. Nana can work both autonomously or as part of a team. She has a great deal of positive energ… END_OF_DOCUMENT_TOKEN_TO_BE_REPLACED