Leading as an expat? Here’s how to keep your wits about you!

“What I found appealing in life as an expat was the inevitable sense of helplessness it would inspire. Equally exciting would be the work involved in overcoming that helplessness. –David Sedaris 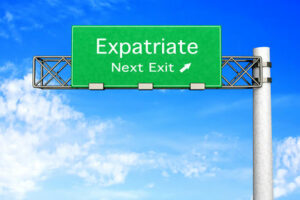 You were offered an amazing opportunity to lead a team in a well-established company abroad? Well done—now you’re an expat!

You were surely chosen for your astonishing skills to get your team and your organisation to achieve marvels.

The same will be expected of you as soon as your plane lands. However, as many expats already know, all your experience and invaluable knowledge may encounter a surprising setback.

We don’t mean to alarm you or hurt your feelings, rather to help you prepare for the transition as best as possible, because we’ve been there before!  So let’s get into it.

The cultural differences are REAL

We are all aware that different cultures and traditions exist, and we give it more or less thought when we discuss politics or speak of our travels to exotic countries. However, the odds are that you will assume your new position in a foreign country rather unprepared for business etiquette that, at times, will drastically differ from the ones you are used to.

Many times, the very reasons behind your success as a leader in your home country could get in the way of you reaching success as an expat in a different culture. This is why the question of an expat’s ability to efficiently lead in a foreign country is about understanding the cultural background and motivations that drive people.

Although globalisation did a lot to bridge the gaps between cultures—especially in the business world— people still come from sometimes drastically different backgrounds, and certain traits can still create a divide, or at the very least, render us utterly confused.

Effective communication is perhaps the most important aspect of succeeding in a leadership position and when doing so in a different country, the differences can be downright confusing!

For example, the “thumbs-up” gesture of approval in Western countries is considered offensive or rude in some Middle-Eastern countries. Similarly, nodding your head in agreement, as they do in the U.S. and some European countries, also means “No” in others such as Greece or Bulgaria. Not being aware of these differences would surely cause a lot of misunderstandings in your team meetings!

In order for you to realise your potential in a new environment, you will need to network, observe and make a concerted effort to educate yourself about customs and traditions in your new host country. Through it all, it is important to remember not to be too hard on yourself—it is literally impossible to learn the ways of a given society before you are entirely immersed into the culture, lived in it for some time and made mistakes.

So yes, there is always a lot to think about when assuming a leadership position as an expat, in a country that is more or less different than yours. But fear not! Our series ‘How To Be A Successful Leader As An Expat’ will be tackling typical cultural norms from the Middle East, Europe, Asia, and the U.S. We will point out important characteristics and common differences between cultures you should bear in mind when you venture towards your new career in a foreign country.

Have you made the transition to a different culture? What were the most important lessons you learned? Are there still aspects of your transition you are struggling with? Tell us about it, contribute to the conversation!

Nana is a highly insightful professional, with a clear understanding of drivers, motivators and barriers to individual and team effectiveness and development. Using a combination of well recognised assessment and profile tools, coupled with her own highly tuned observational and interpretation skills she is able to offer a full range of coaching and support to individuals to develop their effectiveness, both from a career and personal perspective. She is incredibly personable and great fun to wo… END_OF_DOCUMENT_TOKEN_TO_BE_REPLACED

Nana has worked with me for a range of clients from KPMG to the Techology Strategy Board since 2004. She has always shown a deep understanding of individuals, whether in an assessment or coaching context and whether through the use of formalised tools or by applying less structured methods. She captures that understanding in writing or orally in ways that can readily be understood by the recipient. She is responsive to tight timescales and is always highly collegiate in her approach. She establi… END_OF_DOCUMENT_TOKEN_TO_BE_REPLACED

Nana possesses highly developed communication skills, and works well with clients from all different walks of life. In particular, she has demonstrated an ability to work effectively with people from all different cultures, adapting her style accordingly. Her technical skills and knowledge are of a high level and she strives to continue developing professionally through training, networking and research. Nana can work both autonomously or as part of a team. She has a great deal of positive energ… END_OF_DOCUMENT_TOKEN_TO_BE_REPLACED

Nana designed and delivered a robust and engaging leadership programme focussing on the improvement of both individual and team effectiveness for our Senior Leadership Team. She is a very intuitive individual who can be both supportive as well as direct with participants and is not afraid to ask the difficult questions to really drive individuals to understand their own motivations, capabilities and effectiveness. Giving them the responsibility to take control of their interactions within the bu… END_OF_DOCUMENT_TOKEN_TO_BE_REPLACED