How To Raise Your Political Savvy

“How can you tell if a leader has political skills? The answer: if they appear not to have any such skills at all.” -Gerald Ferris 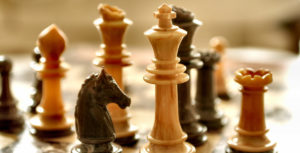 As you climb the corporate ladder, relational skills become increasingly more important than technical skills. Organisations can be intricate labyrinths of egos, conflict, gossip, rivalries, and sacred cows. And even though engaging in office politics is often perceived negatively, we are here to tell you that it is just as positive as it is unavoidable. As a leader, engaging in politics is not just about being political, but about being socially intelligent and influencing others so you can get things done, with the least amount of disruption and maximum benefit.

So, what exactly are political savvy leaders good at, and what can you do to raise your savvy?

Be a 360° team player! The importance of building partnerships and alliances in all directions cannot be emphasised enough. It is not easy to get your way on your own. Politically savvy leaders are aware of this, and build alliances both within and outside the organisation, with their colleagues and team members alike, in order to help them achieve their objectives.

Manage conflict. By separating the people from the problem, politically savvy leaders focus on the nature of the problem, not the person. In this way, conflict is kept small and concrete, to the advantage of everyone within the organisation.

Your reputation is your currency. Having a good reputation in the organisation is your best asset when it comes to being effective at getting things done. People know more about you than you think and know when you are being deceitful, so colleagues and team members are more likely to cooperate when they know your intentions are pure.

Keep it real! Behaviors that are genuine, authentic and straightforward are all associated with political savvy. Leaders who don’t operate this way can often give the impression of being manipulative or self-serving, and that’s just the fastest way to lose the respect and loyalty of your colleagues.

We are not born with political savvy; it is something that is learned. Of course, for some, it may come more naturally than for others. But whoever you are, whatever type of leader you are, political savvy is a necessary tool in your arsenal.

Do you consider yourself a politically savvy leader? What would you add to this list? Contribute to the conversation!

Nana has worked with me for a range of clients from KPMG to the Techology Strategy Board since 2004. She has always shown a deep understanding of individuals, whether in an assessment or coaching context and whether through the use of formalised tools or by applying less structured methods. She captures that understanding in writing or orally in ways that can readily be understood by the recipient. She is responsive to tight timescales and is always highly collegiate in her approach. She establi… END_OF_DOCUMENT_TOKEN_TO_BE_REPLACED

Nana designed and delivered a robust and engaging leadership programme focussing on the improvement of both individual and team effectiveness for our Senior Leadership Team. She is a very intuitive individual who can be both supportive as well as direct with participants and is not afraid to ask the difficult questions to really drive individuals to understand their own motivations, capabilities and effectiveness. Giving them the responsibility to take control of their interactions within the bu… END_OF_DOCUMENT_TOKEN_TO_BE_REPLACED

Nana is a highly insightful professional, with a clear understanding of drivers, motivators and barriers to individual and team effectiveness and development. Using a combination of well recognised assessment and profile tools, coupled with her own highly tuned observational and interpretation skills she is able to offer a full range of coaching and support to individuals to develop their effectiveness, both from a career and personal perspective. She is incredibly personable and great fun to wo… END_OF_DOCUMENT_TOKEN_TO_BE_REPLACED

Nana possesses highly developed communication skills, and works well with clients from all different walks of life. In particular, she has demonstrated an ability to work effectively with people from all different cultures, adapting her style accordingly. Her technical skills and knowledge are of a high level and she strives to continue developing professionally through training, networking and research. Nana can work both autonomously or as part of a team. She has a great deal of positive energ… END_OF_DOCUMENT_TOKEN_TO_BE_REPLACED